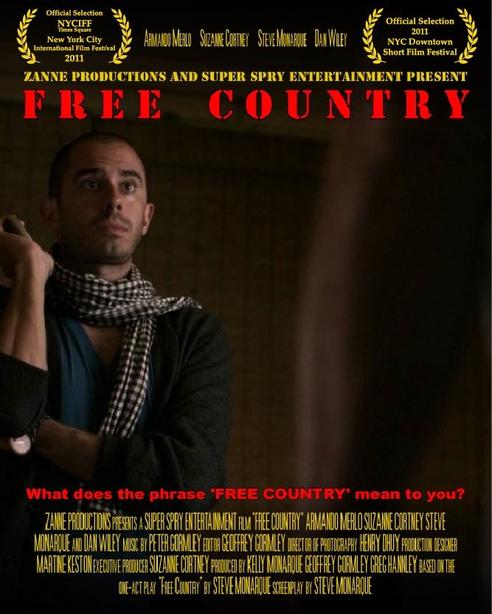 "In FREE COUNTRY by Steve Monarque, tempers rise as a confrontation builds in a cafe... The subject of sexual preference and spiritual beliefs are confronted face to face. When is giving advice on someone's behavior welcomed and when is it over stepping the line? ... should we agree to disagree?"

FREE COUNTRY explores the conflict between two men, with extremely different views, who meet in a coffee shop. Tensions rise when the two clash over their personal beliefs.

The film is based on the original one-act play FREE COUNTRY, written and directed by Steve Monarque, which won Best Play at the 2009 Strawberry One Act Festival and was published in the anthology The Best Plays from the Strawberry One-Act Festival: Volume Six.