Steve is a New York-based actor, writer and director. He grew up in the suburban New Jersey community of Pompton Lakes.

Founder of MonaVision Films, Steve’s made-for-TV movie “Simpler Times” starred Jerry Stiller and Anne Meara in their last onscreen appearance together. The award-winning film appeared in over 20 festivals throughout the United States and is distributed by ShortsTV.  Steve’s other writing/directing credits include “Jersey Life”, “SuperSam” and “Free Country” (Best Short, NYC Int’l Film Festival). The play Free Country won the 2009 Strawberry One Act Festival at the Riant Theatre, NYC and was subsequently published in the anthology The Best Plays from the Strawberry One-Act Festival: Volume Six. As an actor Steve is best known as series regular cast member “Johnny Ventura” from the syndicated “Friday the 13th” the Series. His film credits include: No Small Affair, Sixteen Candles, Chris Carter’s Fencewalker, the late-eighties romantic comedy Under the Boardwalk, and the music video for "25 or 6 to 4" by rock band Chicago. As a musician, Steve and his wife Laura perform original songs with their spiritual folk group The Monarques. The music video for their recent single “The Way” won Best Music Video at the Palm Beach International Music Awards and is nominated in several festivals across the United States.

Though easily recognizable from his “Total Recall” co-starring role opposite Arnold Schwarzenegger, Mel is equally comfortable these days discussing the production of his new one man show “Frederick Douglass: In The Shadow Of Slavery” which recently had its world premiere in California at the Torrance Cultural Arts Center. Mel has served as Executive Producer of Shadow Entertainment’s Urban Horror label “Big City Pictures”, and the Artistic Director of the Ovation Award- winning Imagination Workshop.

As a theater director, Mel’s credits include: “Give’em Hell Harry” starring Jason Alexander, “Oscar To Oscar”, “The Me Nobody Knows”, “The Ballad of Lizard Gulch” and the critically acclaimed “The Last White Man in the World”.  Most recently he directed the World Premiere of Tom Dugan’s one man show “Robert E Lee, Shades of Gray” at Richmond Virginia’s Carpenter Center. Mel’s acting credits includes Broadway stints in “On The Twentieth , "Eubie!" “The Rink”, “Big Deal”, “The Lion King”, "Hot Feet", "Jekyll and Hyde" , 2019 revival of "Kiss Me Kate” and The New York Shakespeare Festival’s revival of the musical “Two Gentleman Of Verona” for  Shakespeare In The Park.  TV credits included David Lynch’s “On The Air” (series regular) and guest star appearances on numerous others from "Star Trek: Deep Space Nine" to most recently, "The Blacklist" and "Jessica Jones". 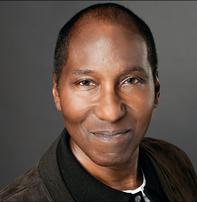 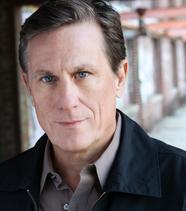 That’s Life received a developmental reading in April 2019 at the Alchemical Theatre Lab in NYC.

The year. 1985.  John Buck, the legendary “local” rock'n'roller, has failed in the music industry… and life. Now a down-and-out, suicidal alcoholic, John desperately returns home to the local dive bar he put on the map in his small New Jersey town.  Ready to end it all, he meets a mysterious 1940’s Crooner who comes to life through a Karaoke machine and reveals to John the meaning of real love. A story of revenge, redemption and inspiration, “That’s Life” features an original score of rock’n’roll, 80’s pop, acoustic ballads and a rockin’ audience participation Karaoke contest.